So it is Friendship Day today. Have a great day celebrating if you feel you have friends to celebrate with. Let me ask you this : How many true friends do you think you really have and would they be there for you through thick and thin ?

I used to place friendship as an importance in my life, being one of the top priorities alongside with what was important to me back then. After being through many situations, facing different problems in life and pulling through to live until my current age, which is not that old as compared to centenarians yet old enough to have gained wisdom that you don’t have during your childhood years, I have chosen to put this friendship matter at a lower level of importance. I prefer to spend time on my own, learning, running my business and doing what I need to do. There’s always family for me as well. I hardly surround myself with friends every single day nowadays and I like it this way.

Note that it is a preference and choice that I choose, not that I have no friends. In fact, I had many friends with people from different types of groups, age and ethnicities. In fact I came to know that today is Friendship Day thanks to my university friend from India whom I was in the same Meet & Greet group back when we were in Newcastle-upon-Tyne. Our duty was to greet international students who just came to UK to study and our group consisted of people from different countries and ethnicities who were already studying in UK.

Regarding friends from different groups, the types of groups are generally like highschool/university cliques – the socially popular from sorrority girls to the jocks, the artistically-inclined, the sporty, the preppy, the intelligents to even the other end of the scale of the socially unpopular like nerds, weirdos, loners-by-choice and loners-not-by-choice (meaning the ones that people avoid). Mainly the groups you’ll see shown in the beginning of most teenage films revolving around highschool, college or uni. Like what you see in Mean Girls.

I could mix with everyone, I was that tolerant towards everyone back then even if it was those that people avoided. I could find a common ground with these different groups and hang out with them.  I like sports and was active in my sports house, I liked performing arts and even choreographed a few dances of my own, heck I was even voted and won as quirky in my highschool magazine, so I have that slightly weird streak in me. Not as weird as Luna Lovegood in Harry Potter though, as that is too delusionally weird for me. I always say there is a fine line between being creative and being delusional.

What you see in the movies are not always true, unless it’s based on a true story. There was one dumb fella I dated some time back who probably thought I was stuck in a film world or something because I wasn’t too happy when I saw that the situation I was in was like Bella in that vampire-wolf-story, what’s the name of that show… the one with A Thousand Years as their theme song… You see, movies are insignificant to me, so insignificant that I can’t even remember their titles. This fella I dated has an attitude like that frail, pale, gay-looking vampire who looks like he’s going to die anytime from lack of blood, whatever his name is, though look wise, he was buffed up like the Jacob werewolf than the vampire, thank gosh. This vampire wanted to be with Bella and seduced her, then when he got her interested, he showed lack of interest and said that he should keep away for her own safety. What the fuck is that all about. Then don’t go near her in the first place, idiot. This fella I dated is not dumb at all, but he is so dumb when it comes to communicating and understand me that he appears so cold and there’s lack of connecting feelings between us. He couldn’t even understand why I was frustrated and said “it’s just a show”. Bloody hell, I know it’s a show. I’m not delusional, I am pretty much realistic. Sometimes so realistic that my words are so straightforwardly painful it’s like a dagger to your heart. That’s me, if you can’t accept this, then too bad. I can’t be bothered to be fake especially when truthfullness is required. What I was trying to tell him was that there is that lack of connection and communication that should be there between people who are a couple. Don’t say friends, acquaintances or business contacts, that’s a different story all together. Sometimes watching movies have its use, it’s not wasting time because movies can show us how life is, then we can relate and open up our eyes to realise some things. I don’t watch fictional movies every single day, I’m not working at Netflix and I have other important things to do but watching movies can also be a relaxing past time. Oh ya, that vampire-werewolf movie is called Twilight. That whole Twilight saga were so nonsensical. I would rather watch the Harry Potter series anytime over this.

I wasn’t a nerd and I didn’t like to do homework until I went to my second year of college, where I discovered I actually like to study. I wrote about it here before. I did my programming homework diligently everytime after I finish my class so that it would be ready for the next class. Then when the teacher asks who knows the answer, I’ll be all ready with mine. 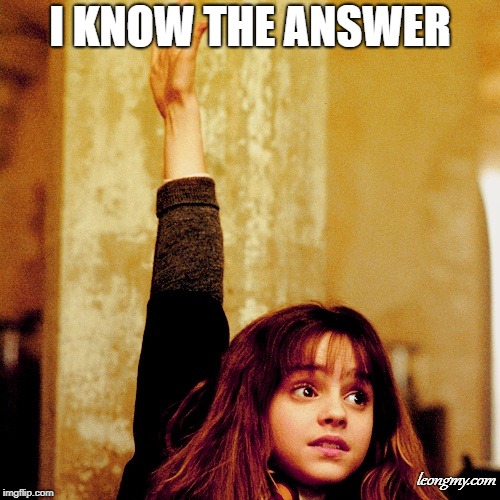 What the hell happened. It’s good in terms of responsibility but in terms of having to do homework, I’ll only do it IF I want to do it.

School in Malaysia wasn’t that bad as compared to what you see in the movies depicting schools in US. Most public schools  here are not co-ed. I was from an all-girls convent school, but that also gave rise to another set of problems – lesbianism. I have no problems with those people and in fact had quite a number of admirers from the same gender who used to send me love letters when I was in highschool. I still have my box full of those said letters and the art pieces they made to give me as proof. The funny thing is those lesbians from highschool became straight and most are now married with family of their own. I guess it was an experimental phase while they were growing up. Another thing I noticed is those who were the studious, nerdy type while growing up, who didn’t bother to dress up much became such stylish ladies while those who were sexily trendy during their coming of age years became plain in their later years. My alma mater churned out a lot all-rounders who are talented and smart as well as pretty. The whole package for a lady.

I kinda lost this part of me that is tolerant towards anyone already as I now would not even want to be 5 feet near any fakes. When you get older, you just get tired of human antics. Experiences have made you wiser. 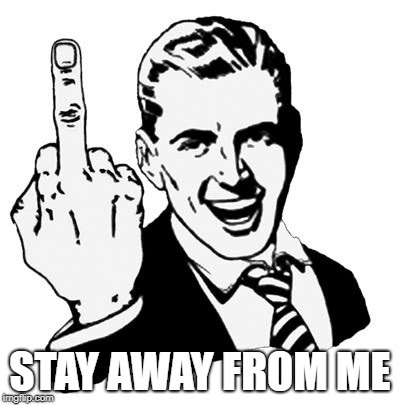 Apparently intelligent people prefer to be on their own or have fewer friends, according to this article here. I still have friends whom I cherish and love. I might not keep in touch and see them everyday like how it was in schooling years but there will be some that I will keep. Perhaps it’s time to keep in touch with some long lost friends soon. Don’t get me wrong, I still like to network and meet new people. It’s just that not everyone you meet will become your friends. At least at this age, I can easily just move away from a group that I don’t fancy spending more time with or excuse myself from a conversation when I don’t feel comfortable. More about this topic of friendship in my next post.

P/s : It’s also Kwan Tai Festival for Taoist today. Kwan Tai (also known as Guan Yu in Mandarin) is a deity which many would pray to for business and some have an altar for this deity in their home too. Happy celebrating this festival for those who are celebrating.