It’s September 2018 already. The days go by so fast and we are nearing the end of the year. Think of September and the song “Try To Remember” comes to mind.

The lyrics to this song says “Try to remember the kind of September, when life was slow and oh so mellow…”. The original song was by Tom Jones and Harvey Schmidt. This song was sung by Leon Lai in the show City of Glass where he acted with Shu Qi.

I first saw this show back in 1999, when I received a VCD/DVD of this show. It was a Valentine’s Day gift from this guy who was interested in me. He also gave me a box of chocolate (typical gift for Valentine’s Day, isn’t it), this movie and his handmade art of 2 swans in an enclosure, which was supposed to be their home. The gifts were left outside my porch, on a cement seat that was built beside the automatic gate of the house I was previously staying in when I grew up. He didn’t dare to give it to me, so he sent his brother to pass it to me but his brother was also scared shit to ring the doorbell, so he left it outside my porch. My father was strict, you see. He must be happy that I’m now single and not dating, heeding his ban on dating from 20 years ago. Like la, he can be with me until the end of my life, not unless I leave this world first. If in the future, after parents pass away, I’ll be on my own if I’m single. When alive that time, during growin up years, he’s also not by my side all the time, sometimes overseas for long periods due to this work. No need to ban dating dating all la.

Back to the gift story, the next day after the gift was left overnight outside, I received some damp gifts. It might have rained the night before. I guess some ladies have bigger balls than these guys. If you want to give me something and you dare not give it directly, at least keep the gifts nice and protected even if you have to leave it outside. It’s sweet of this person to even think of giving me something for Valentine’s Day but it kind of defeats the purpose when these gifts are spoilt, isn’t it ? Luckily the gifts were just slightly damp, so I guess it didn’t get caught in heavy rain or else I would have seen just clumps of wrapping paper.

After all these years, the swans were still preserved by my parents. I don’t know what the freak for. I didn’t even bother about it as I last left it to display at the cabinet in the old house 20 years back but it seems that they brought it to the new place and place it in the TV cabinet. Until early this year when my Mum asked me if I still want them. I told her no. I just took one last picture of the swans (below) and it’s thrown away for good. It gathers dust and takes up space. Not being an ungrateful person but seriously, gifts that are of no use to me is just unnecessarily taking up space and dust is just unhealthy. Decluttering done well.

It’s amusing and funny in a way, due to my Dad being strict, I saw many different ways that guys who wanted to go after me and give me gifts need to come up with. One guy pretended to be a delivery man and came with his friend to give me my gifts for my birthday. He even came up with a acknowledge receipt form for me to sign off. He said that he knew my father was strict and he didn’t want to get me into trouble yet he wanted to give me the gifts personally, so he came up with this idea. How creative and also considerate he was. Back then, it wasn’t common to have deliveries made to your house. Nowadays with online shopping, deliveries to your doorstep are very common.

Another guy wanted to give me my birthday gift called me beforehand and he wasn’t as considerate. I told him that I’m unable to take the gift in person and he can leave it at my postbox but he told me to just come out and receive it. If my parents question then he said he’ll explain that he’s just there to give me my present. He drove right up to the front of my gate, got out of the car and rang the doorbell. Bold but slightly inconsiderate. You know la, when you’re a teenager and you’re still scared of your parents scolding you. Now no problem already, can just be bold. Bold, not Usain Bolt ya. It makes sense actually that the explanation is a good one – it’s just to receive a gift, not like I’m running away.  Then there are those who just leave the gift somewhere for you to discover, some too scared to give in person but left in the rain and got wet. What a surprise indeed but not in a good way. Want to go after me some more. Tolak markah.

Once I was asked what I wanted for my birthday by one of my ex-bfs. I said I wanted an iPhone. He got me an iPod instead. I never used the iPod. I just unwrapped the gift, took out of the box to look at it and put it back into the box. Never use it. It’s left lying around somewhere, still in the box. If it’s of no use to me, it’s of no use to me. Why ask me what I want in the first place ? Then why purposely go and get another thing ? Don’t waste my time and ask me then. Not being an undignified spoilt brat. He could afford it, he was just being a cheapskate or whatever reason for just getting something else aside from what I want. Just like how he can go golfing but can’t even afford to feed me breakfast every morning if I’m with him. What’s the point ? I wanted the iPhone so I have a smartphone that I can use which would then have the functions to ease my daily attending to matters. I can’t calculate with an iPod, I can’t make calls with an iPod. The gifts have to be practical and something that I want to use, if not it’s really just a waste of space to place them. I would rather have money anytime, so I can choose what I want.

Here’s the video I found in YouTube on Leon Lai’s “Try To Remember”. It’s not my video, I just watch it.

The show City of Glass is tragic and I would never want to be in the position of any of the actors/actresses especially in Leon Lai and Shu Qi’s characters’ cases. In fact when I watch any shows, I wouldn’t imagine myself being any of the characters; I would rather live my life as myself. Basically, Leon Lai character, Raphael and Shu Qi’s character, Vivien were in love with each other during schooling years. The setting was in some kind of boarding school. They were later separated as Raphael were jailed due to his involvement in an activist riot, then he later on furthered his studies in another country. Despite keeping in touch through phone, they later on lost touch as time went on. Years later after they were already married to their respective spouses, they met each other again and rekindled their old love. They died in a car crash in London during New Year’s eve. Their affair was discovered only when Vivien’s daughter and Raphael’s son went to claim their remains, which led their children to fall in love which each other. Raphael and Vivien’s remains were mixed with firework powders and technically they became fireworks which their children set off like some sort of farewell to their parents.

Tragic indeed but I find that if you love someone, then make it work so that you’re with that person. If you have already let go of the love and married another person, then don’t go back and have an affair with what was in the past. It won’t be fair for the person you married if you have an affair. Don’t marry in the first place if you wanted someone else. That’s why, married men, please keep your stick in your pants. Don’t try to make any funny, unwanted moves with me… let me go get my baseball bat. 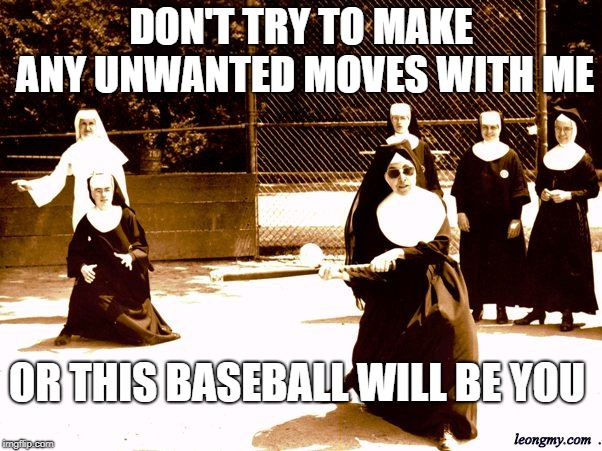 The pedestrian and cyclist walkway outside one of the buildings in the boarding school Vivien was at reminds me of the pedestrian walkway outside my student accommodation back in Newcastle-upon-Tyne. It so happened that I also went to UK in September, which was the time when the semester begins for our Uni year. So in a way, this song about “trying to remember about the kind of September” when I watch these movie scenes do remind me of my time in UK. My first time being away from home and I was indeed a “tender and callow fellow”. Not so naive anymore. If I have to go through the same situation as I had back then, I would choose and do things differently. Of course life doesn’t work this way, where we can travel back in time and change our past, so I just learn from my experiences and remember not to do what I do not desire.