My parents fried some “nin gou” (direct translation from Cantonese : “year cake”) which is  sweet glutinous rice cake. It’s also called the Chinese New Year (CNY) cake. It’s super sweet and sticky in texture. It’s one of the elements of  CNY which many must eat during CNY and it’s also used to be prayed to deities.

Do note note though that a lot of sugar is used to make this cake so it’s not wise to eat too much.

For CNY, they need the CNY cake sweet, tradition wise. Let’s see when someone comes up with a healthier alternative. Some use brown sugar to make it but it’s still not any healthier because it’s still sugar.

My leg was healing well and in good, fast progress as I speed up the healing with some medication (natural ingredients, good ones) like hydrogel, chitosan and nano silver. I’m still using hydrogel. Come CNY, with feasts of meat, seafood, sweet desserts, cookies, snacks and the lot, leg started weeping and swelled up again. Not cool.

It didn’t help that I wore new clothes for CNY and despite washing it before wearing, it still caused allergic reaction to my skin. Some of these chemicals and dyes that they use to make the fabric and clothes are that toxic that it caused my skin to tear and seeped into my body. So much so that when I sweat, I could smell the fabric chemical and even when I don’t sweat, I could smell it and it must have absorbed onto my skin. I made some clothes for CNY, which I chose fabric that is suitable for my allergic skin. Some of the new clothes were given to me by my mother and sister. I wore a dark blue top for reunion dinner and new skirt with new undies, all dark coloured. It caused a bad reaction to my skin allergies. I notice that dark coloured clothes usually have a stronger chemical smell, not sure if it’s due to a stronger dye used to make the darker colour. Even with daily exercise, it took me about 3-4 days before the chemical smell was completely gone. I was exercising on the 3rd or 4th day of CNY and I was sweating, then I felt some pricklish pain all over my skin and I smelled the fabric chemical smell coming out.  It’s as though the chemical clogged up my skin pores and finally it was expelled when there was those uncomfortable, tingling sensation on my skin. Thereafter, my body felt cooler and my skin looked better with some open wounds closed up. I don’t know how much unwanted, toxic chemical was already absorbed into my body by then. Must be careful what you wear.

I previously stopped the nano silver spray, which is a disinfectant, as my leg was able to sustain the healing progress with just the hydrogel but with the recent events of the toxic fabric dye and too much of a heaty CNY feast, with the super hot weather in Malaysia, my leg began omitting yellow discharge and have open wound again. The wound was already in the process of completely drying up and growing the needed layers of skin but no thanks to these, it deteriorated the condition. I have to get the nano silver spray again. Previously I was using the nano silver spray concurrently with chitosan. After that I use hydrogel and with the nano silver, and then removed the nano silver.  Doing my research before using this, there are many that says it hasn’t been proven to be an effective medicine, while some said it doesn’t work at all while causing some to be poisoned and some said that it’s an effective old age remedy which only the rich can afford to use back in the 18th century. It works for me well as it dries up my weeping wound. I got the type that can be consumed aside from just external usage. Initially I was a bit apprehensive and was wary if I were to be poisoned. There was one time I had a slight sore throat and I tried spraying just a little into my mouth. Surprisingly, it helped to dislodge the phlegm stuck and my sorethroat was gone within 2 sprays in 1 day. Apparently some use it to treat mouth ulcers. It’s like magical water to me.

I increased my activated charcoal pill dosage as well and it helped me to expell the bad and excess waste in the body when I go to the bathroom. My bowel movement is pretty healthy as I can do my “big business” everyday but sometimes I feel that I have some more waste that I can get rid of. I love it when I go to the bathroom and all the waste are gotten rid of, then I come out feeling so light and like walking on air.

Anyway, have a great 7th day of CNY and happy birthday. 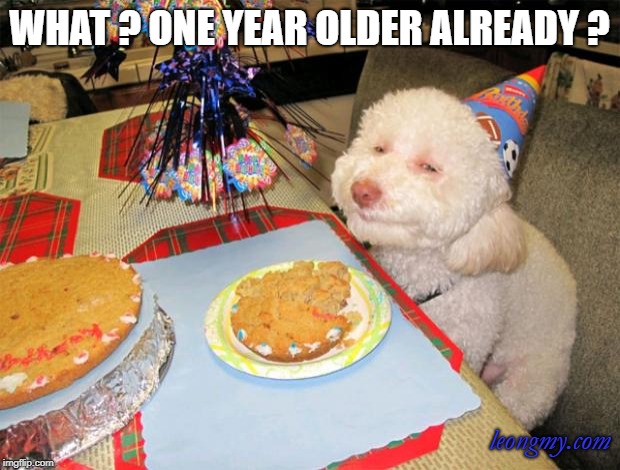 Every year I will get my hair cut before Chinese New Year (CNY). It’s a tradition since young that I…